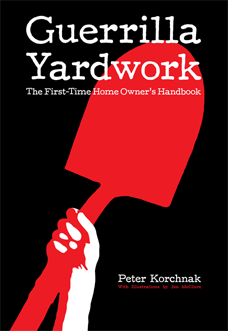 Part manifesto, part field manual, the book rethinks draws upon the tenets of guerrilla warfare outlined by Sun Tzu, Che Guevara, and others, to introduce guerrilla yardwork as both a yardvolutionary philosophy and an effective practice for every first-time home owner strapped for cash and pressed for time.

Guerrilla yardwork utilizes the element of surprise to launch small, repetitive attacks at unpredictable times and locations around the yard to weaken Bad Nature and promote Good Nature in Her stead. Offensive, highly mobile, and fluid in character, guerrilla yardwork is marked by swift action of short duration, followed by rapid withdrawal.

The yard won’t know what hit it.

The Collapse of Federations: Elite Political Mobilization in the Dissolutions of Yugoslavia and Czechoslovakia

Why did seemingly stable East European federations, Yugoslavia and Czechoslovakia, break up after the collapse of state socialism? Modernization under state socialism, which aimed to equalize economic development levels between regions in the two federations, caused the respective ethnic elites to elevate their aspiration levels, claim relative deprivation, and mobilize in pursuit of resources. Ethnic elites of the economically inferior groups mobilized to demand more resources and concessions from and within their respective federations; the economically dominant groups mobilized defensively to protect their status. In the complex pattern of interacting and mutually reinforcing mobilizations, enabled by a considerable external shock in the international political arena, the defensive, resource-driven mobilization of political elites of the economically dominant ethnic groups resulted in the dissolution of the two federations.

The Portland Bottom Line: Practices for Your Small Business from America’s Hotbed of Sustainability 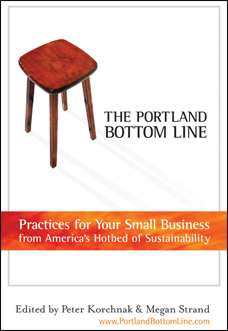 The Portland Bottom Line is a collaborative exploration of sustainable practices for small businesses. Organized into 12 sections along the triple bottom line of People, Planet, and Prosperity, the book explores how small businesses can effectively and efficiently shift toward sustainability and thrive. In their short essays 51 small-business people from the City of Roses share their experiences with sustainability in their companies and offer actionable ideas, valuable practices, and practical tips that any small business can implement tomorrow. The Portland Bottom Line demonstrates how small businesses can innovate to put people before profit, help restore the ecosystem, and prosper.