The railway station in my home town Košice was my gateway to the world, a portal with its own rules and rituals. 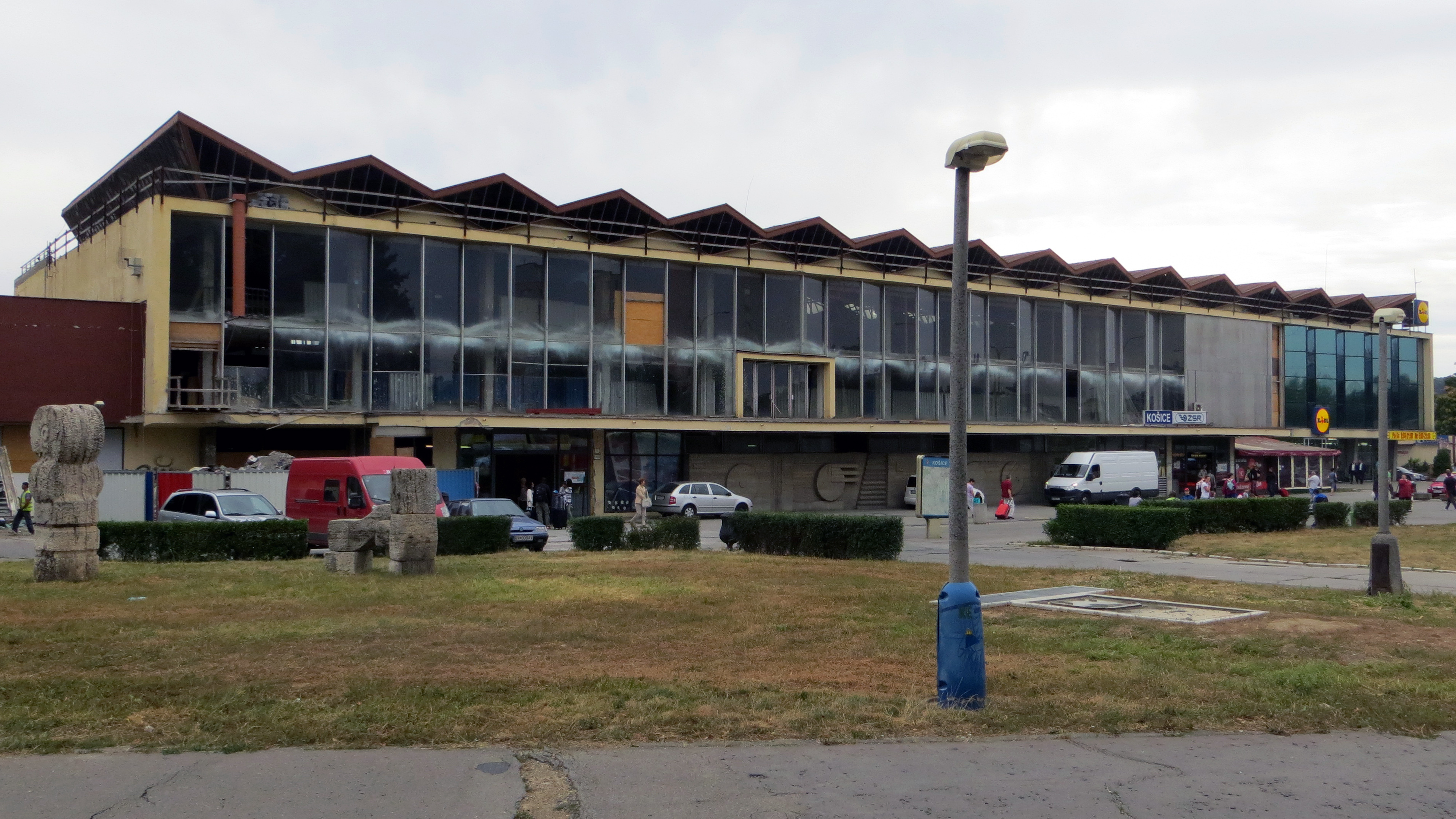 I would pass the smokers outside and thread through onrushing arrivals within (people exiting always seemed to outnumber those entering). I would linger beneath the departures notice board to hear the split flaps rotate when information changed. I’d wait for the station’s jingle, the first 12 notes of the song “On the Košice Tower” to mark the beginning of an announcement. Each train station in Slovakia used to have its own jingle: in my country I traveled between folk songs. 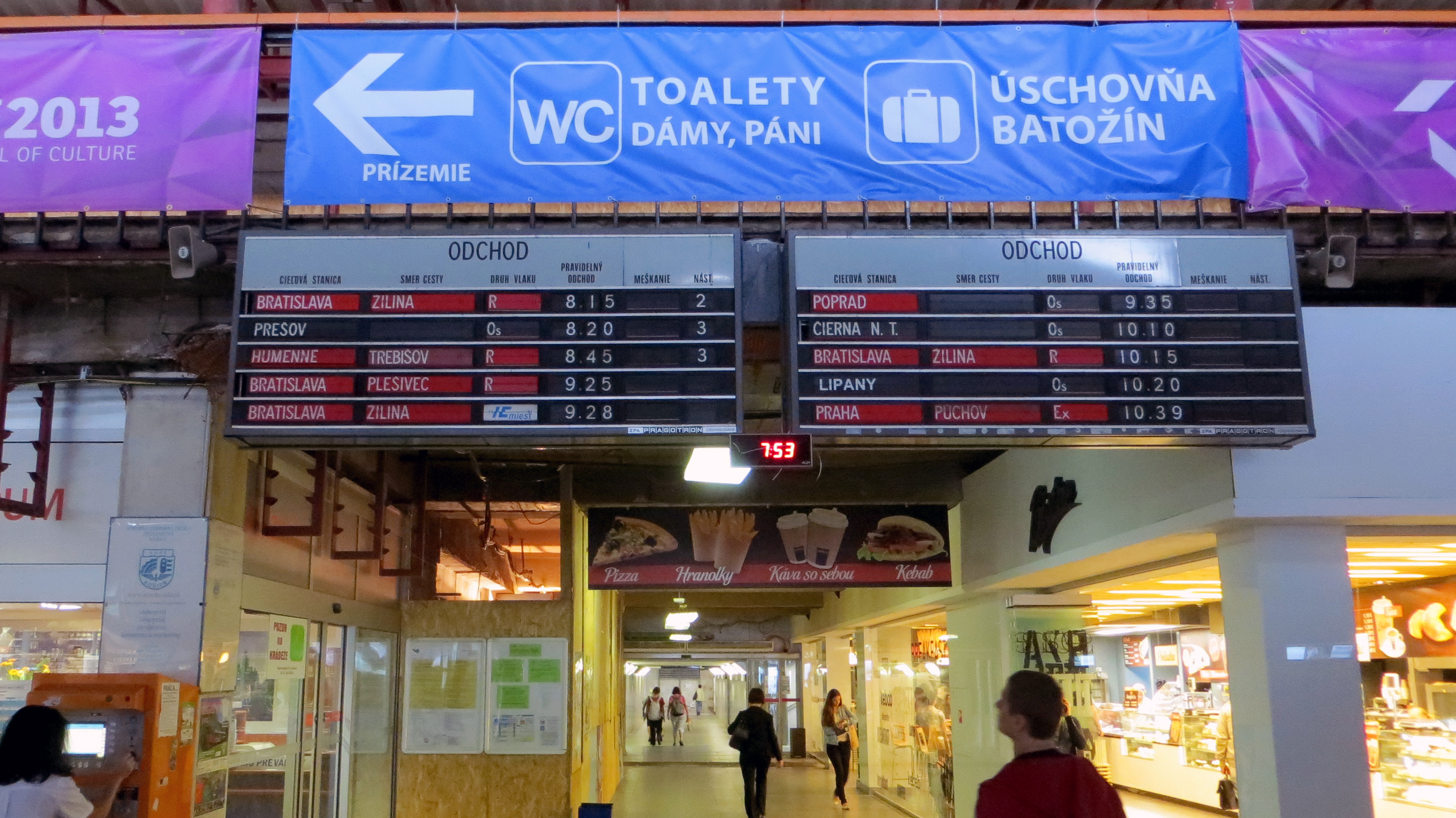 Ticket in hand, I’d browse the deli and newsstand displays for supplies (a paper or a magazine, a bottle of water, and a snack). If I had extra time I’d rotate the cylinders inside the schedule box, wondering where else I could go. 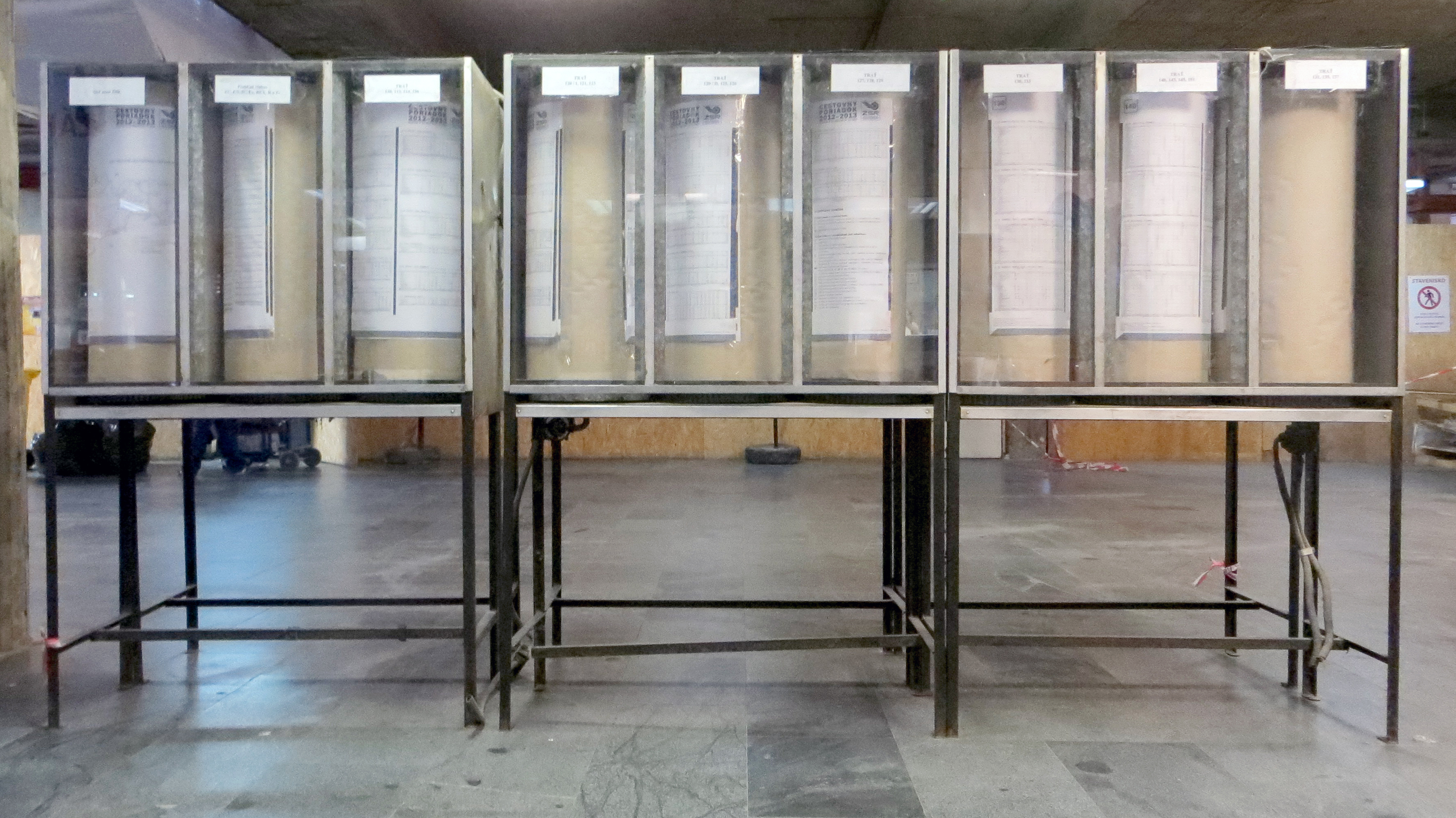 Then I’d enter a tunnel-like underpass, walk to my platform, and ascend toward the light to find my train. 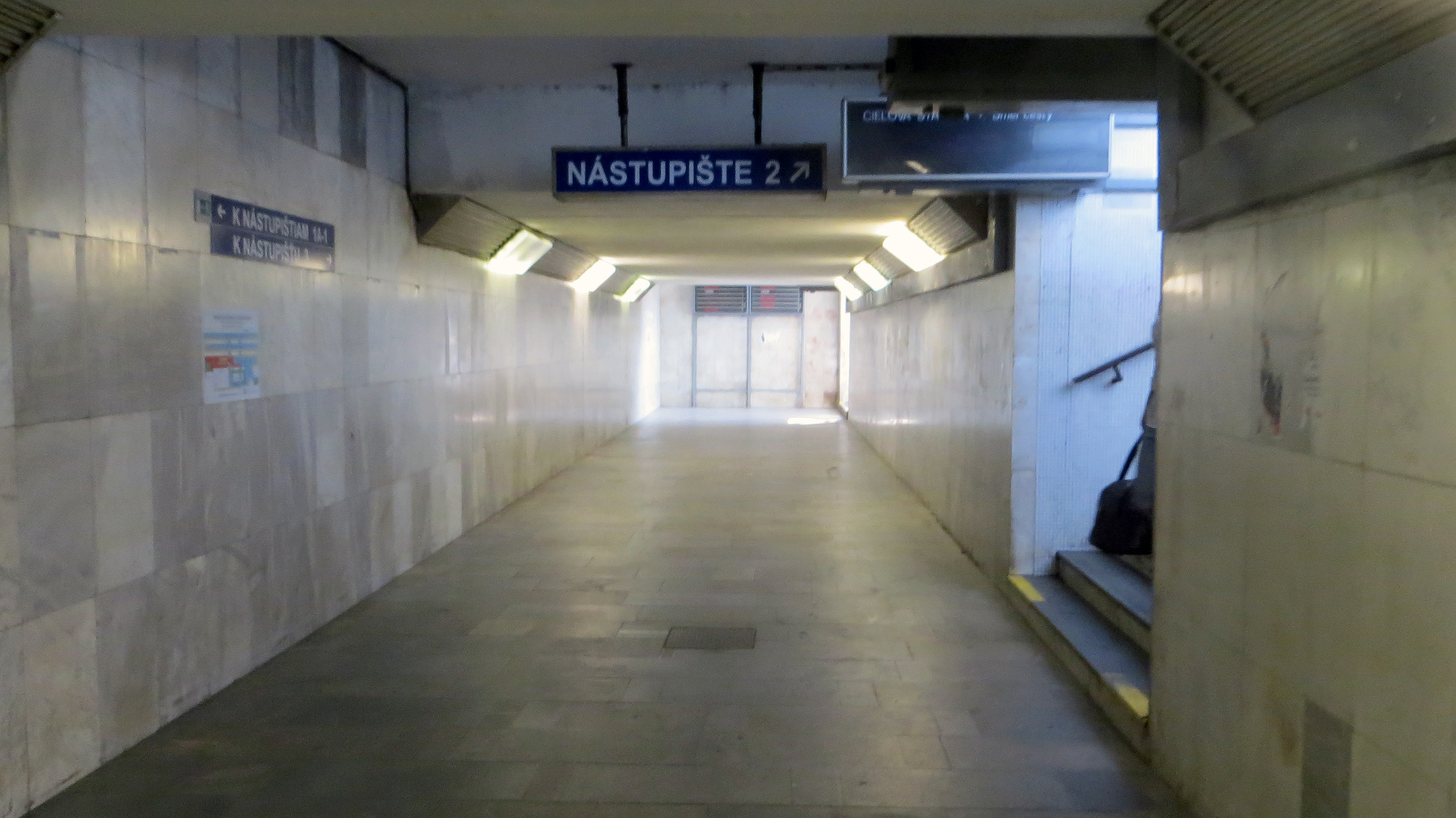 Soon the train would siphon me away like a syringe drawing blood, the station an exit wound on my memory. 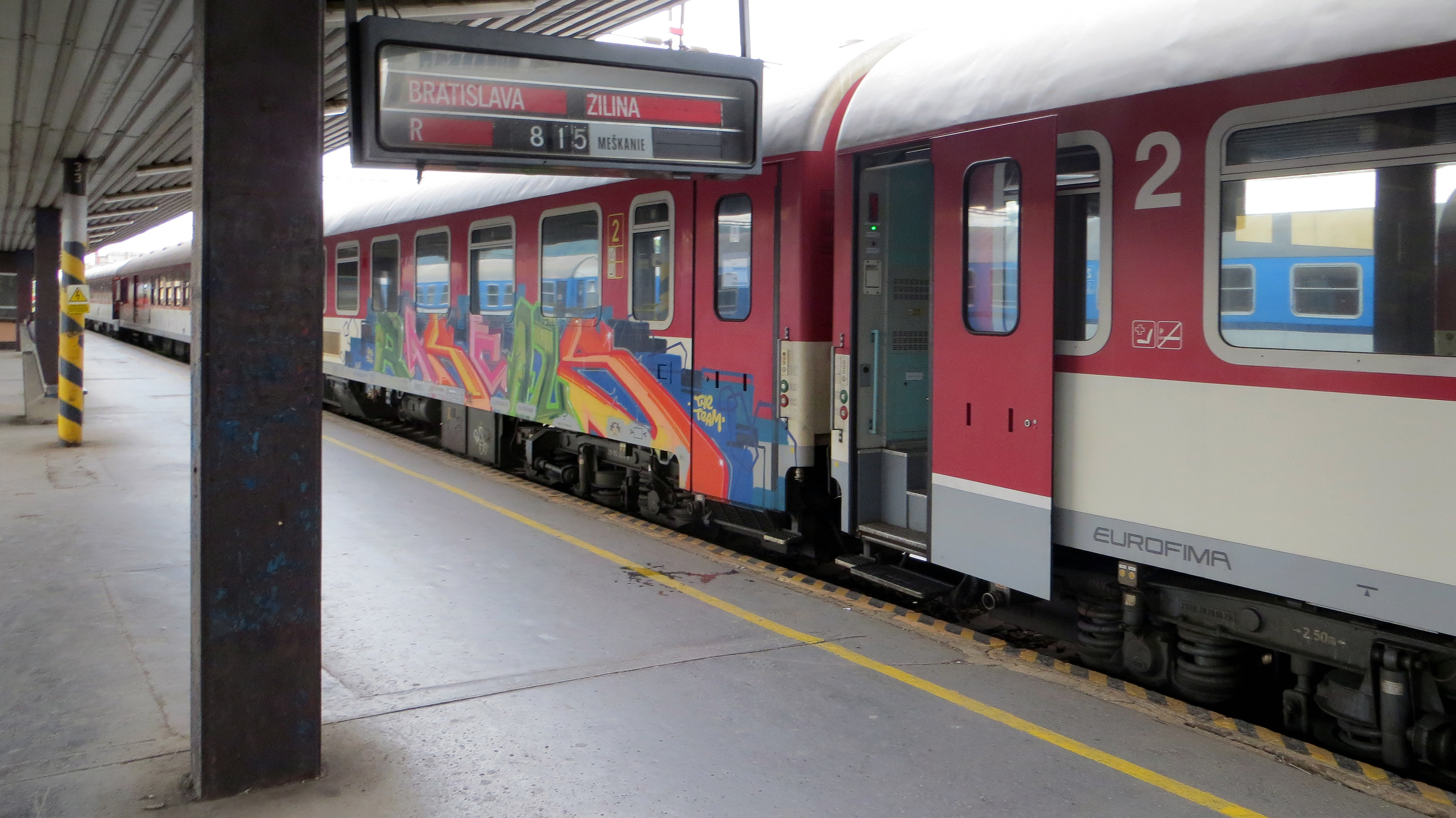 The door will close, a new world will open. Košice Railway Station, Slovakia. 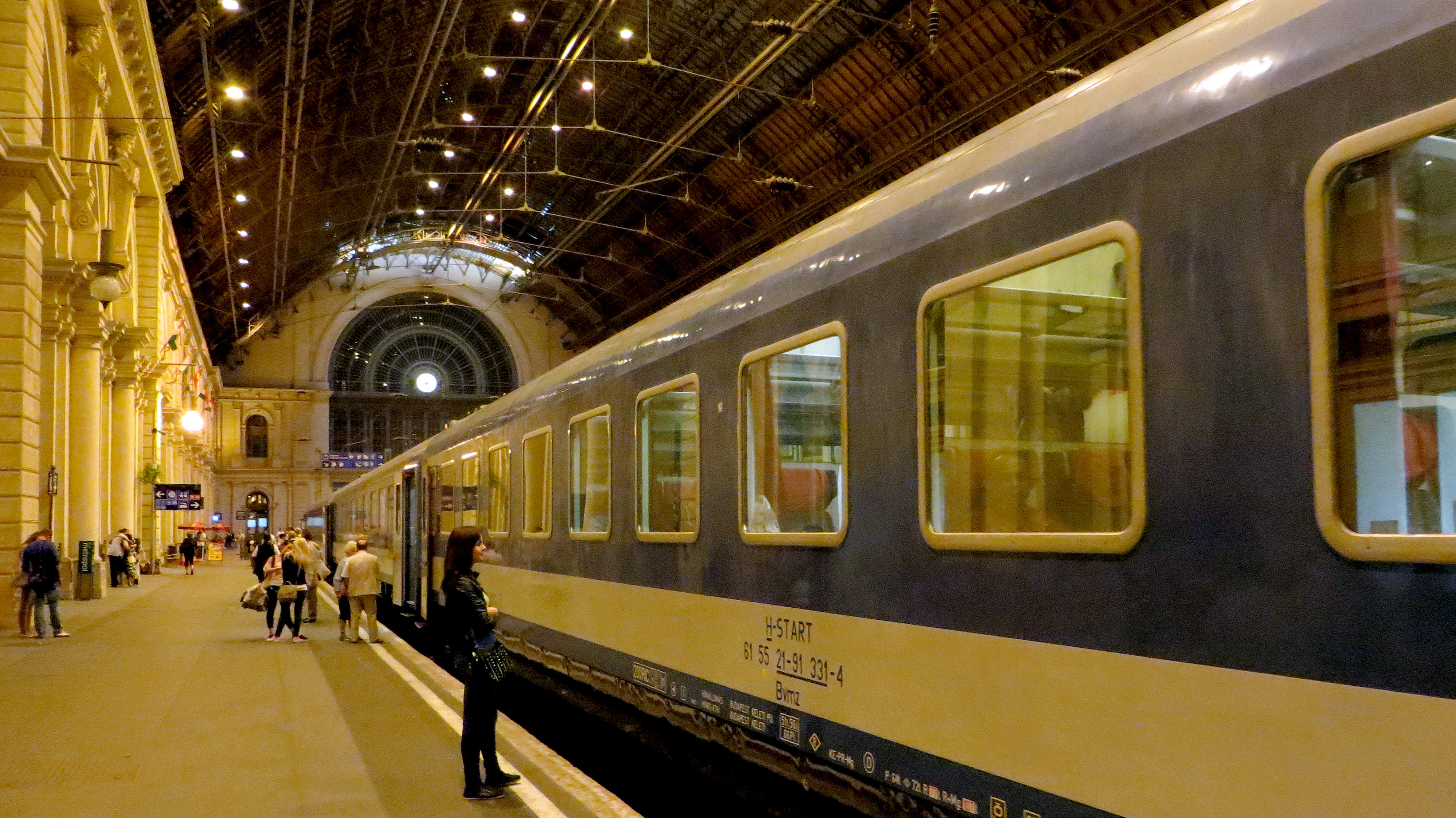 Some leave, some are left behind. Budapest Keleti Railway Station, Hungary.

Each of the major Budapest train stations (Keleti, Nyugati, and Déli, named after the cardinal direction they serve) is a terminus. You disembark and cross the train station toward the city lights. The train you arrived on remains in the station, empty and motionless. It has nowhere else to go, for a while anyway, and neither do you. Budapest is, indeed, a destination. Arriving into a terminus city feels more definitive, more final, as does departing from it. 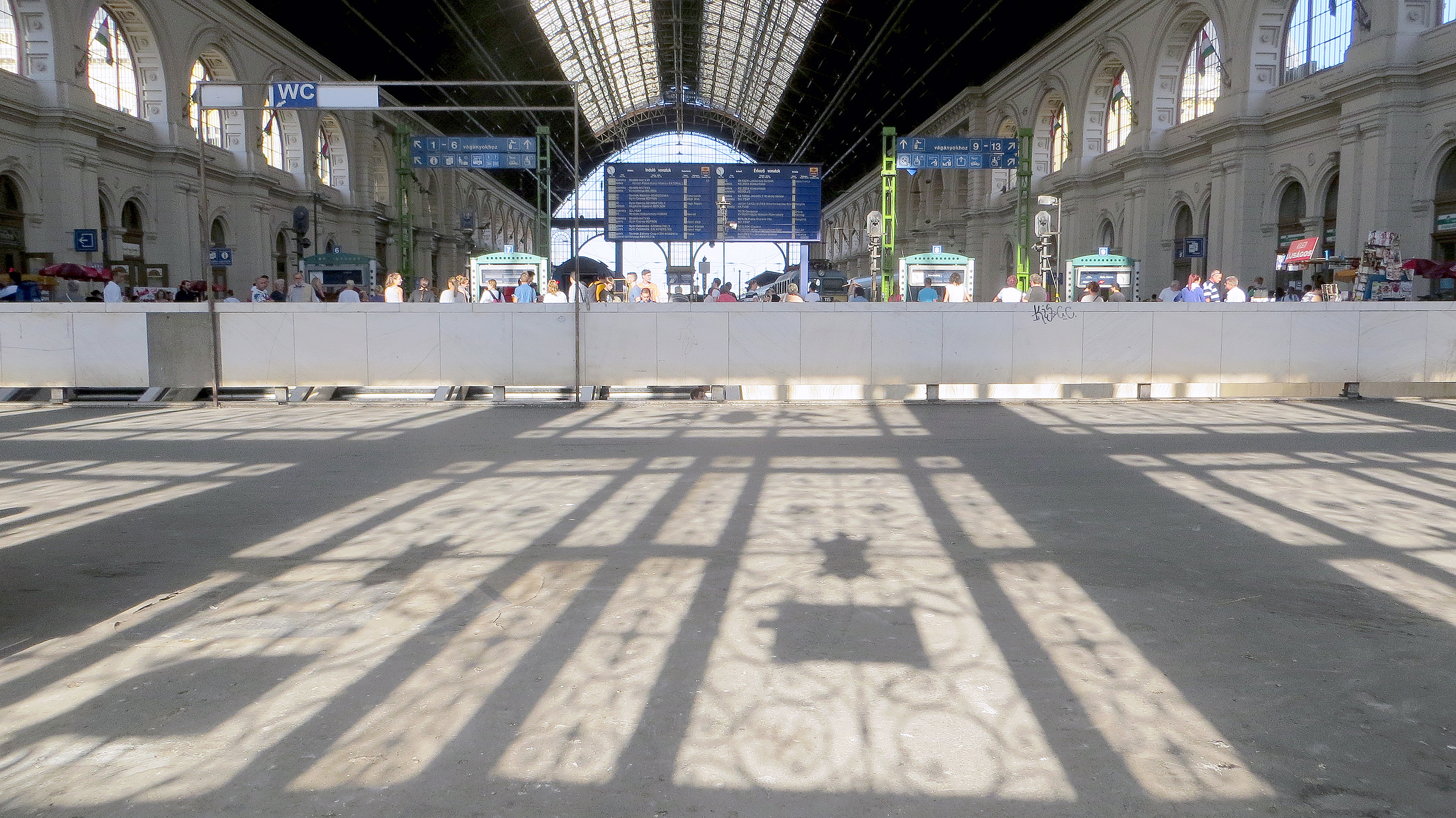 After the train stops, there’s only light on the other side. Budapest Keleti Railway Station, Hungary.

Perhaps it is this finality that lends the buildings of Keleti, Nyugati, and many other terminus railway stations the license to beauty.

By contrast, most major Slovak railway stations are pass-through: trains stop there on their way between termini. On the EuroCity train route between Prague and Budapest, Bratislava Main Train Station is a pass-through station. Tracks branch out into platforms like a delta, passengers spill into the city, and the train rambles on. The train is gone but you are here.

To this day, most travelers pass through Slovakia on their way to Budapest or Prague or Berlin. Cities with en-route stations feel more temporary, transitional, sojourns between termini, like life itself. 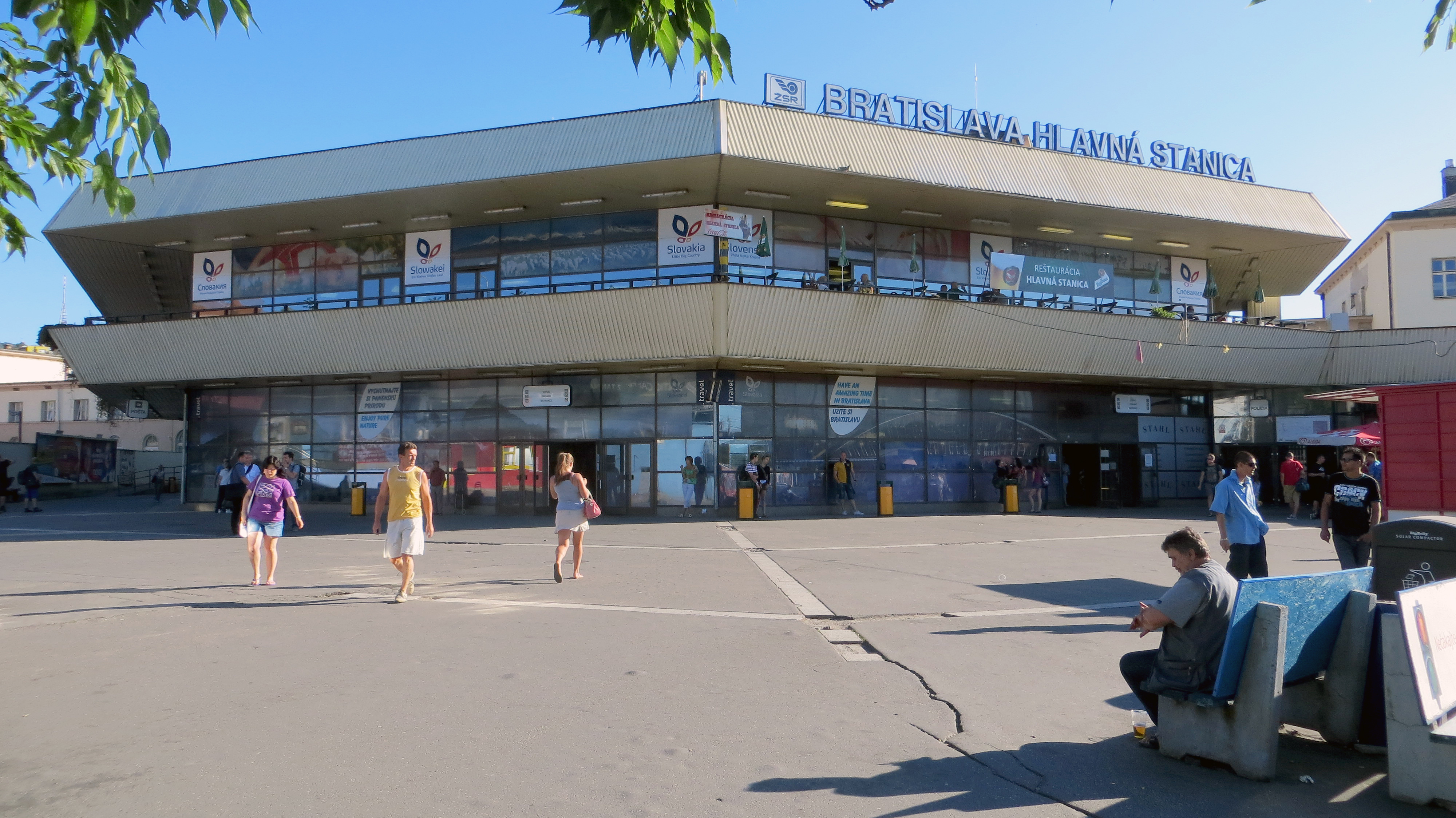 What time is it in Vienna? Bratislava Main Railway Station, Slovakia.

In such cities, the train station as a gateway to the city is more like a side door.

The pass-through train station works also a metaphor for Central Europe itself: this is the region between Germany and Russia which Great Powers have traversed throughout history the same way travelers pass through railway stations. 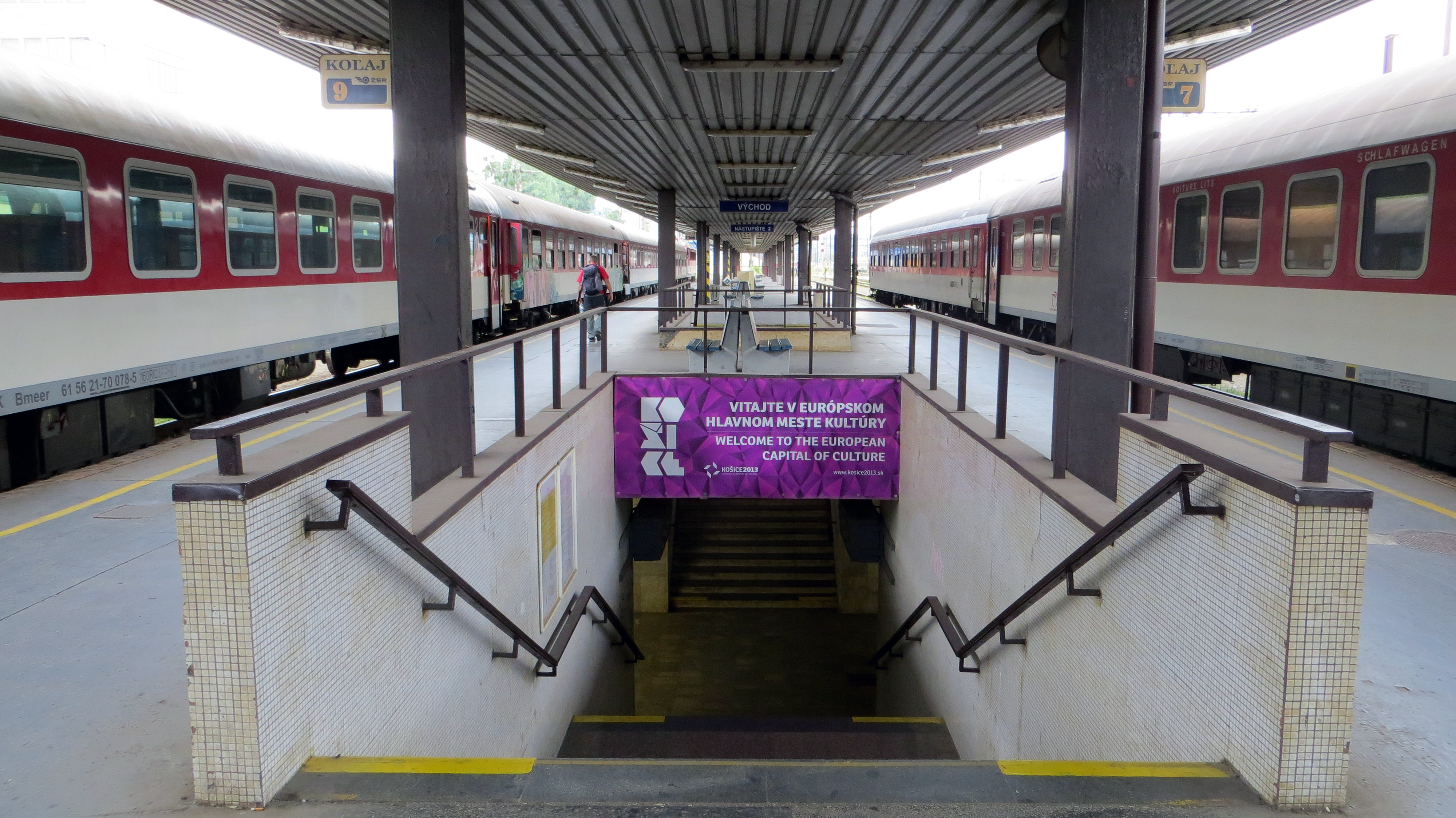 A privileged few of Slovakia’s train stations are junctions. A major stop on the track from Košice to Bratislava, Poprad is also the terminus of the slow train line to Plaveč, and, upstairs, of the Tatra Electric Railway. 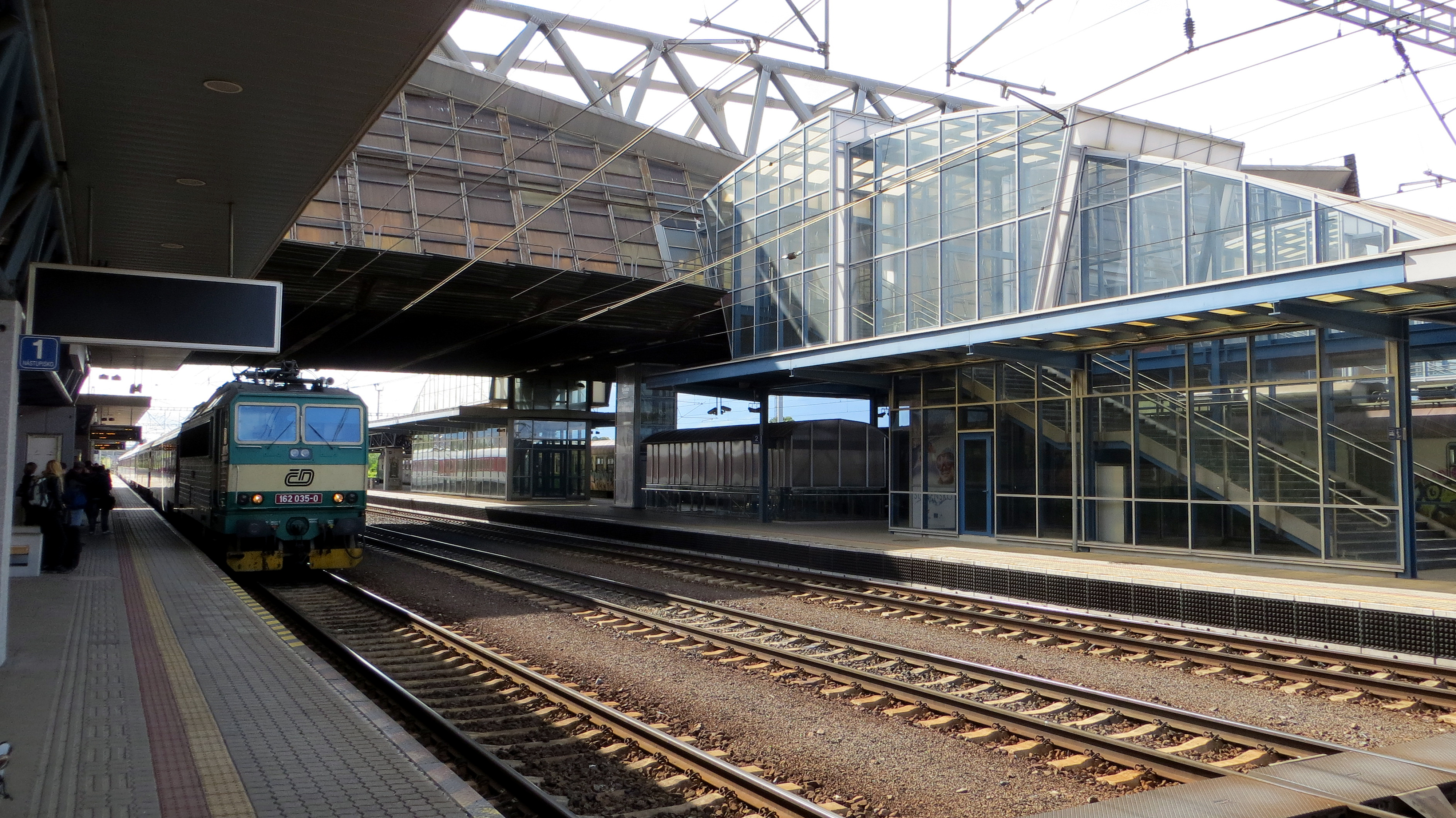 In Štrba, too, the terminus of the cog railway to Štrbské Pleso, in the High Tatra Mountains, is up the stairs from the station serving trains between Poprad and Liptovský Mikuláš. 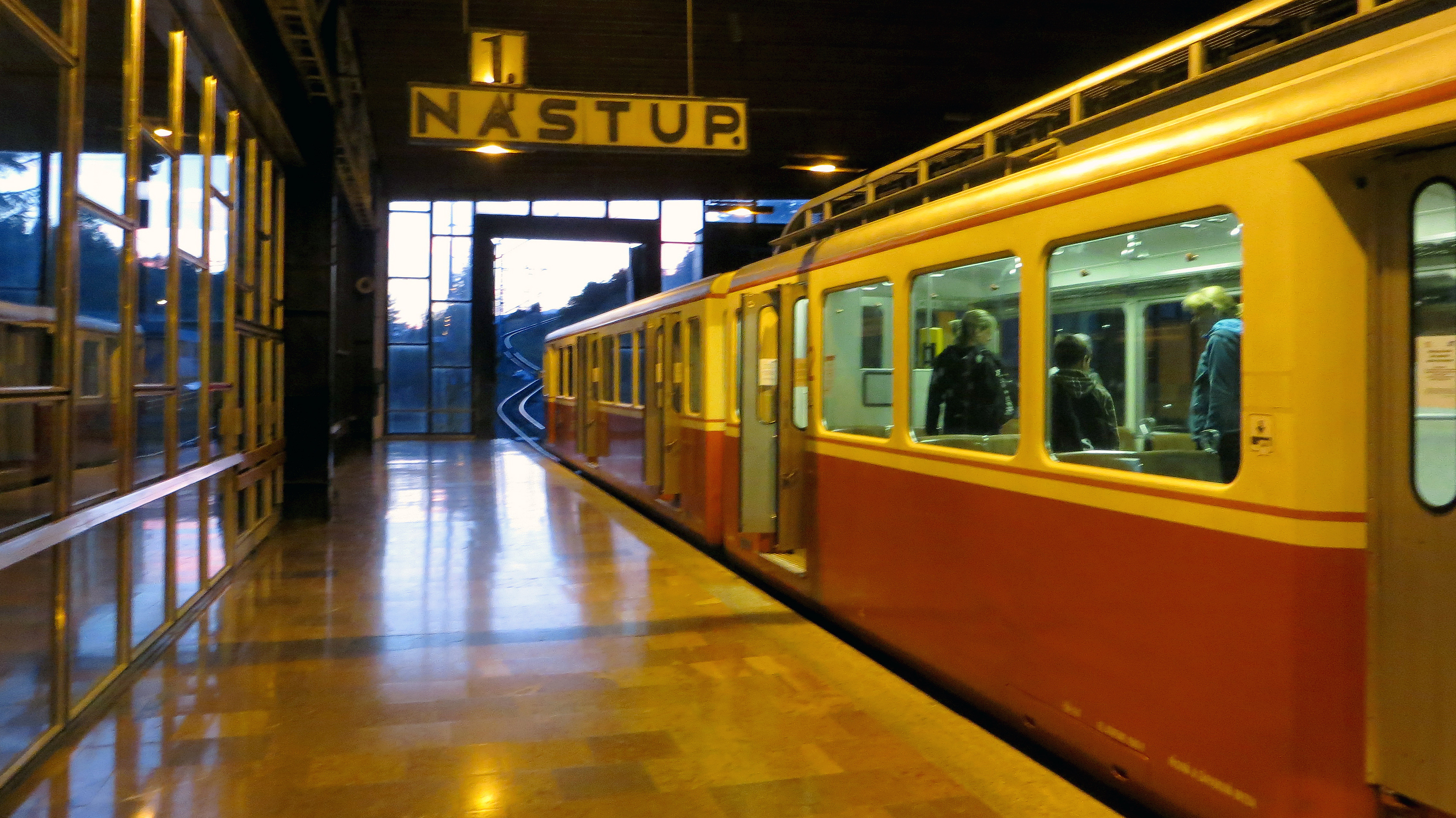 But whereas the Poprad station is a soulless 1980’s monstrosity, inside the Štrba station vintage train and winter sports paraphernalia transport you back in time. 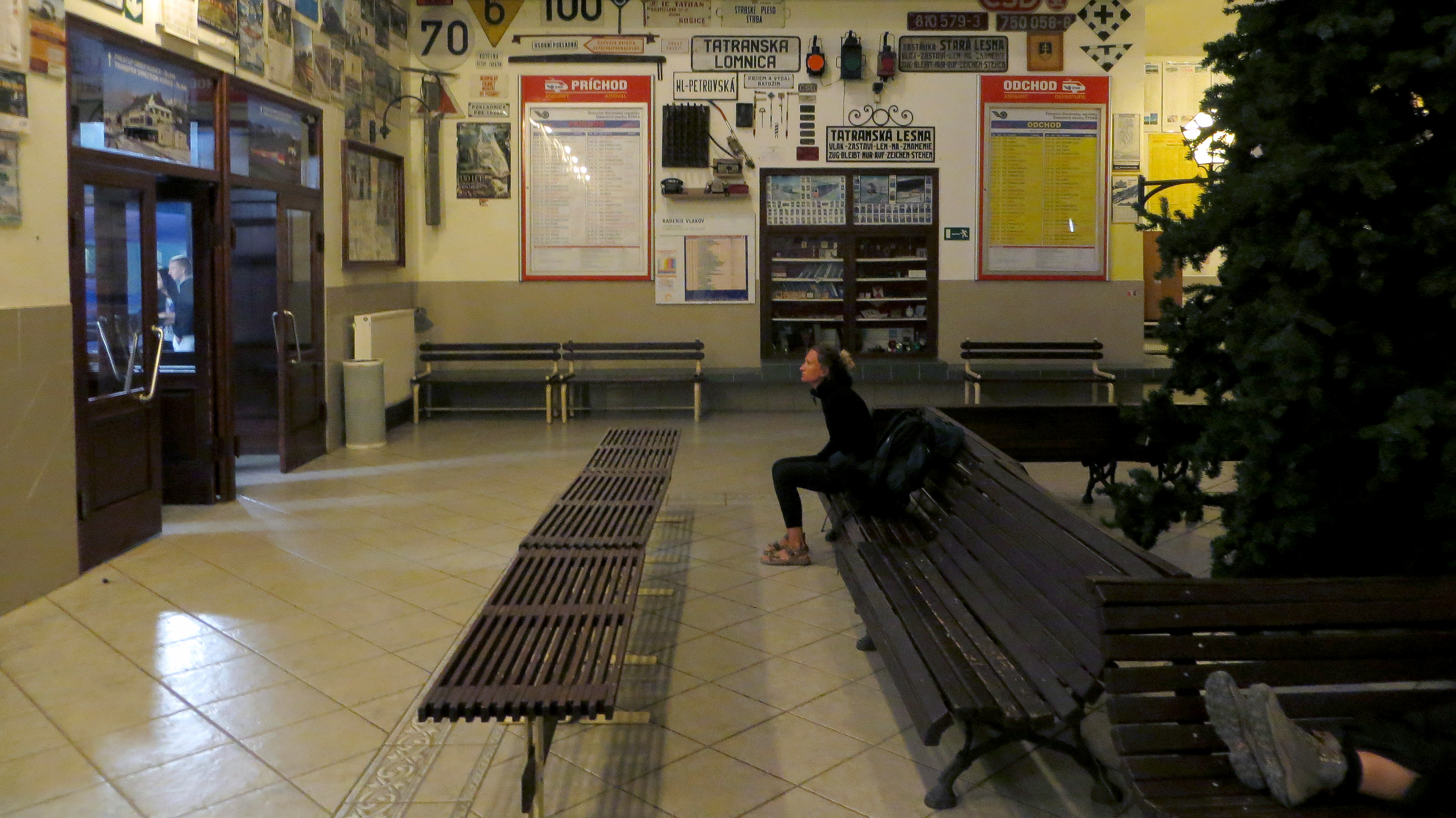 Remember when you were young? Štrba train station, Slovakia.

Compounding the station’s retro feel outside is the relief of the Czechoslovak Socialist Republic’s coat of arms. The sight of it adds another terminus to this railway junction: the nostalgia line to my childhood in that long-ago country. 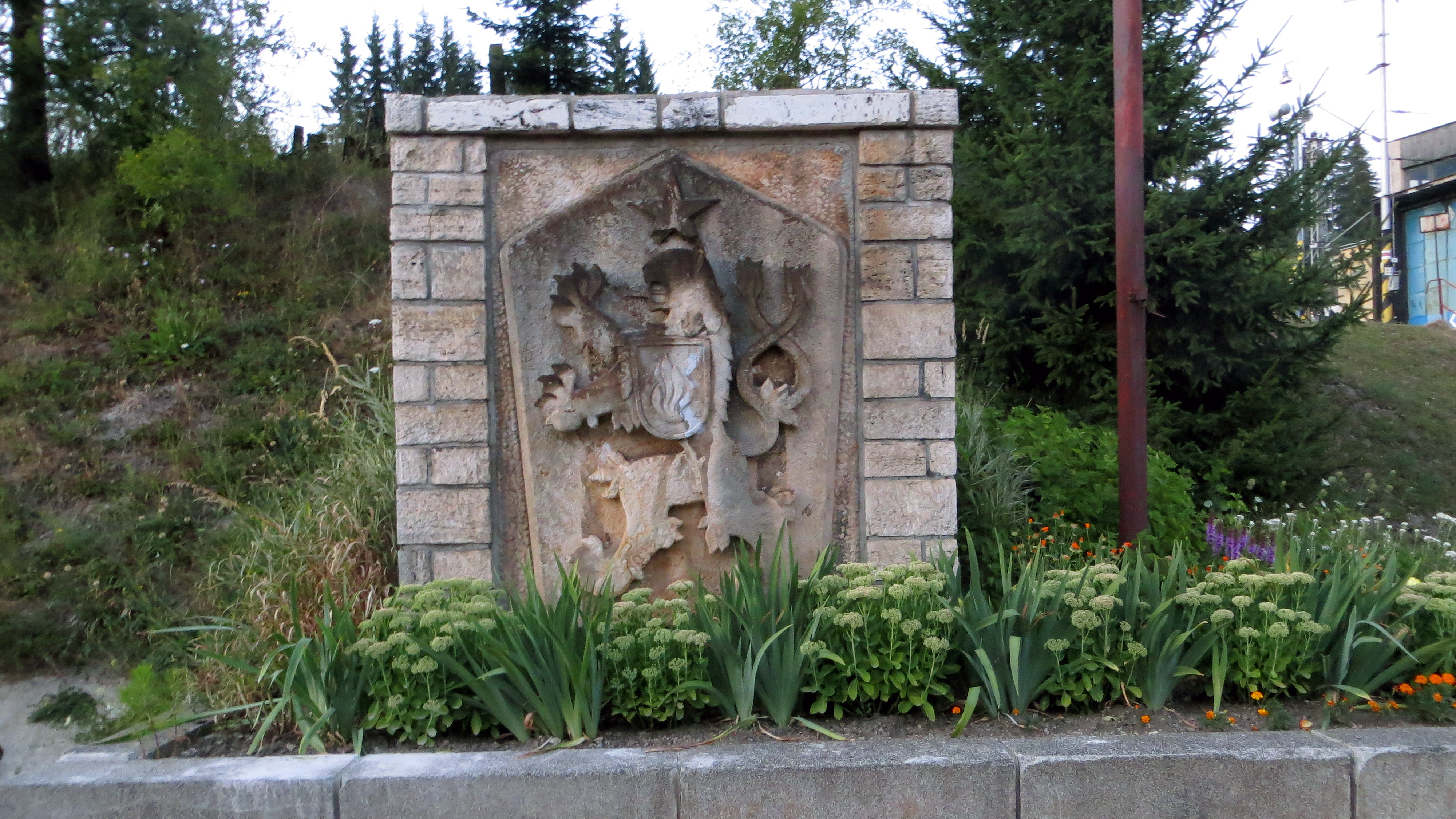