Where the Wind Blows

Within Slovakia, Košice is famous for many things.

The East Slovak Ironworks, owned by U.S. Steel since 2000, led to a tripling of the city’s population since its construction in 1960.

A top-dog ice hockey team, the oldest marathon in Europe (second oldest in the world after Boston’s), and the slang, which injects into the Slovak many Hungarian, Romani, and Eastern Slovak dialect words, further bolster our intense local patriotism.

But the feature that defines my hometown for us, its residents, is invisible to the eye.

END_OF_DOCUMENT_TOKEN_TO_BE_REPLACED

The May issue of Gravel magazine features my flash essay, “A Visit.”

In my dream I’m flying past snow-covered mountains over barren fields and forests. I circle back to return but an invisible barrier bars my way. Again and again I try until I realize I’ll never be able to reach home again. It isn’t me flying and the destination isn’t my town. I wake up panting, and I know. Tears push against my dreary eyes. Out by the rail yard a freight train sounds a horn in passage. The alarm clock says quarter to four. Heart racing, I shake Lindsay awake.

How to Piss Off a Slovak

As a Slovak I must every day cope with a harsh reality: my country, Slovakia, a tiny mountainous patch of land squeezed between Poland, Ukraine, Hungary, Austria, and the Czech Republic, remains far from a popular tourist destination and will never be an influential player in world politics. The main ways to piss me off as a Slovak, therefore, spring from my desire to be known, respected, and found on the map. Lately I’ve started to turn the tables around and view your ignorance as your problem, not mine. But both verses of the Slovak anthem contain the words ‘lightning’ and ‘thunder,’ so if you want to see these natural phenomena personified, try one of the following ways to rile me up.

END_OF_DOCUMENT_TOKEN_TO_BE_REPLACED

Time on the Road

This essay first appeared on the travel blog Where Is Your Tootbrush?

Time flows differently on the road. When you don’t have a regular job to go to, days of the week become equal. Many times I’ve found myself wondering if it was Tuesday or Saturday.

Traveling, clock time gives way to event time: with the exception of departures, you shift from acting when the clock tells you to when it feels right. You write not for a measly hour before your commute but when the words want to come out. Lunch at noon changes to eating when hungry. A weekend outing becomes a trip whenever you want.

Where is it, this present? It has melted in our grasp, fled ere we could touch it, gone in the instant of becoming. William James

From my lounge chair in the shade of coconut trees on Bang Por Beach, I watch the green-blue hues of the Gulf of Thailand change as clouds race across the sun. A white-bellied sea eagle circles overhead, higher and higher until it disappears toward the east. Fishing boats and ferries crisscross the horizon. Clusters of seaweeds, leaves, and branches break against a rusted buoy. Waves knead the coarse sand, rolling into themselves like dough, over and over and over. A scattering of vacationers from nearby resorts walk by in silence. As a black butterfly the size of my palm dances into view, I get the feeling I am gazing at the edge of the world.

Somewhere in the world of memory it’s Christmas.

END_OF_DOCUMENT_TOKEN_TO_BE_REPLACED 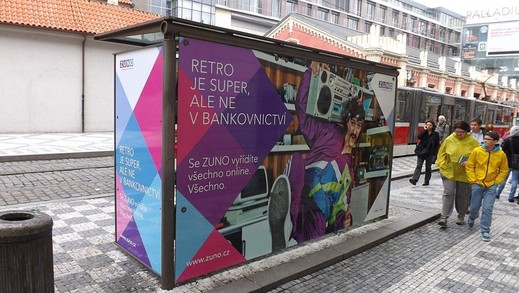 END_OF_DOCUMENT_TOKEN_TO_BE_REPLACED

This piece is my translation from the Slovak of an unpublished essay I attempted to place in the Pravda daily’s opinion section. The editor deemed it not timely enough.

In 1984 Bonnie Tyler sang, “I need a hero…” She was expressing the American character. Heroes abound there especially in tough times when inspiration for progress is needed. Heroes include wounded soldiers, firefighters at the Twin Towers, or the middle-class advocate Senator Warren. Not to mention historical personas like the Founding Fathers, Martin Luther King, Jr., or Neil Armstrong. For all occasions there’s also the men Bat, Spider, and Super. Though on occasion it seems there are too many heroes out there and the word begins to lose its meaning, every American can find his or her own hero.

In Slovakia, we don’t discuss heroes. Aside from the legend of Milan Rastislav Štefánik or from our athletes, who anyway are ‘ours’ only when they’re winning, the pantheon of contemporary Slovak heroes stands empty, if such a structure exists in the first place. After all the regimes and scandals we no longer trust anyone. We are victims of history and political machinations. The more things change here, the more they stay the same. The atmosphere springing from this attitude does not favor heroes.

Many before me have attempted to locate the cause. Whereas Americans admire the hero and want to be like him (or her), Slovaks, as the popular song goes, want to cut off his head so he doesn’t stick out of the crowd. Or, put differently: if my American neighbor Mr. Jones gets a new car, I will work my butt off to have an even better one, but if I, Peter, find a dead goat in my Slovak village pen, I wish to see two of my neighbor’s goats perish.

Roma Chatterji says the hero is a symbolic expression of each and every one of us. Peter Gibbon writes the hero is our higher self. The absence of heroes in Slovakia points to the real problem.

Let’s awaken our heroes, it isn’t too late.